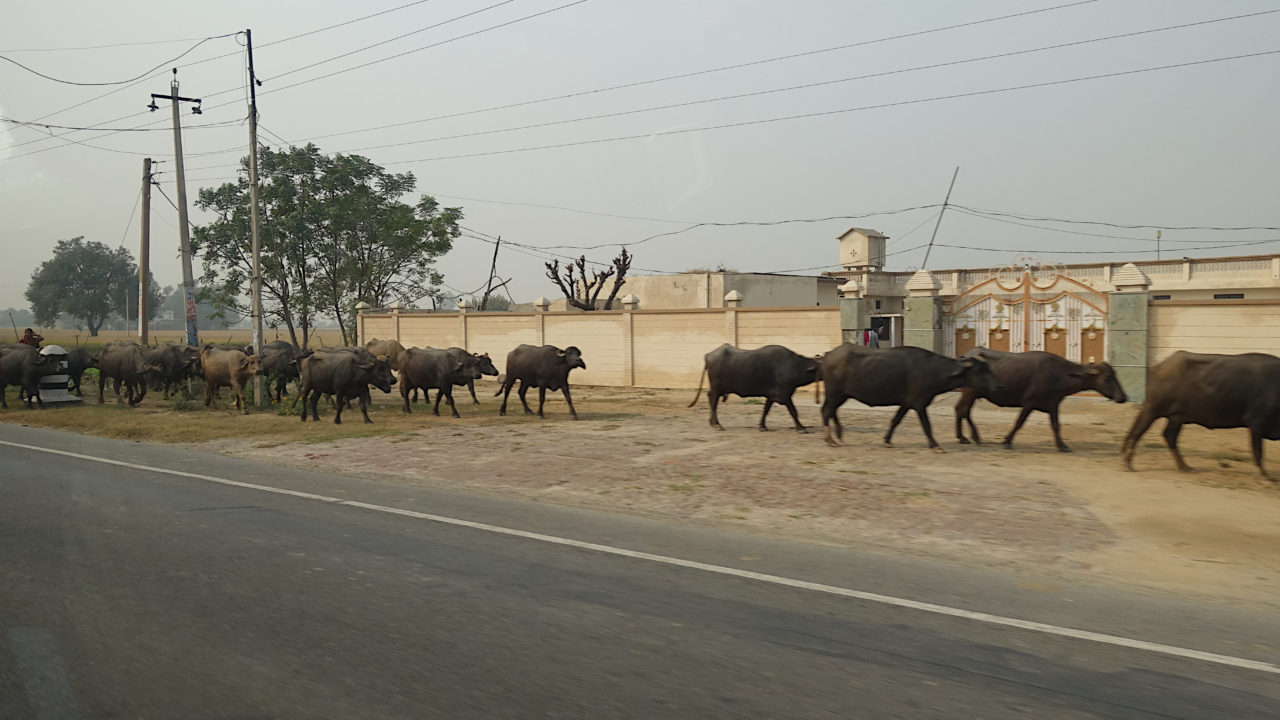 I have visited Punjab several times to interview local farmers. When I asked if they ever use rice straw to feed their cattle, they always replied, “We give our cattle wheat straw, not rice straw.” When I asked them why, they commented that rice straw is hard and the cattle do not like it. When I mentioned that cattle farmers in eastern India feed their cattle rice straw, one farmer responded unpleasantly, “If we feed cows that stuff, their milk production will decrease,” noting that he would feed his cattle wheat straw even if he had to pay for it. Their comments on rice straw were quite negative. As I continued my line of questioning about rice straw, the NPO employee who was guiding sighed and picked up a flower and a dead leaf from the ground. Then, he asked me, “If you had access to both, which would you prefer? Wheat straw that tastes good or rice straw that tastes bad? You would eat the good one.” This would seem to suggest that the cattle in eastern India are fed rice straw because there is no wheat straw in the first place. But is this true?

A researcher from the International Rice Research Institute-India (IRRI-India) told me that their researchers have examined the digestive system of cattle to compare the processes of rice and wheat straw digestion but found no significant difference. Therefore, the use of wheat straw may have more to do with the views of cattle farmers than the preferences of the cattle themselves. Indeed, people in Punjab rarely eat rice. They grow rice as a commercial crop only because the government buys it from them. In their daily lives, the people in Punjab eat mostly bread made from wheat varieties such as chapati. They sometimes eat an aromatic rice called Basmati, but ordinary rice is not part of their daily diet. Do cattle not eat rice straw because their owners do not eat rice? Does the old adage that pets become like their owners apply to livestock as well?

Wheat straw trades at 16 times the price of rice straw

In November 2019, I visited the village of Bains, which is not far from Ludhiana in Punjab. A local NPO there works to educate farmers and prevent the burning of rice straw. There, I observed a new type of baler. It collects straw scattered in the field after harvesting, compresses it into 50-cm-long packs weighing 20 kg, and wraps wires around it, leaving the packed straw behind the baler so that it can easily be loaded onto a truck and shipped.

One acre of land yields 30–35 quintals of rice straw (one quintal is equivalent to about 100 lbs.), which can be sold for 1,000 rupees. In contrast, 20–25 quintals of wheat straw from the same amount of land can be sold for 16,000 rupees. Most farmers buy wheat straw to feed their cattle, but many farmers in Rajasthan do not have enough money, so they buy rice straw instead. Such a small market close to the village leads farmers to collect rice straw to sell, and hence they do not burn it. The baler I saw was a new model, which was purchased with a government subsidy, and is not yet commonplace.

It is a myth that wheat straw is not burned

As been mentioned above, cattle in Punjab are fed wheat straw. Therefore, many Japanese researchers believe that farmers in Punjab do not burn the straw after harvesting wheat. However, remote sensing experts know better. In fact, data from the MODIS and VIIRS sensors reveal that fires are routinely detected in May when wheat is being harvested. Local newspapers sometimes report that trains were forced to stop because of the smoke from straw burning. The negative effects of burning wheat straw in May are not often discussed because they are not thought to be connected with air pollution in Delhi due to the difference in wind direction. However, there is no doubt that farmers burn wheat straw in Punjab.

Across India as a whole, cattle fodder is in short supply. As such, it is wasteful to burn the wheat straw that cattle prefer to eat. If this straw has no value in the area where it is being burned, it may indicate that farmers cannot transport it to areas where there is demand for it. The range of use for straw should be within 15 km from where it is harvested because transporting it farther would make it too costly to sell. The economy of Bains depends on poor local farmers. This suggests that farmers in Punjab are mostly burning the excess straw that they cannot use. However, if more equipment like the new baler were developed, it would allow farmers to transport wheat to far away places more easily in the future and the situation might change.

Finally, on the question of whether cattle really dislike rice straw, Dr. Sammadar, a cultural anthropologist from IRRI-India, has been investigating the differences between eastern and western India and has hypothesized that it depends on the mindset of cattle farmers. We have set up a task force within the Aakash project to compare the value of straw between eastern and western India, which we hope will provide findings of great significance. 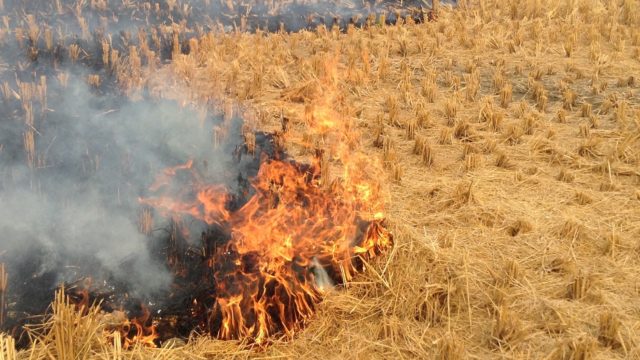 WG1 members is elected as an IUSS honorary member