A consortium of scientists and researchers in Japan are working towards studying, understanding and addressing the air pollution problem from crop residue activities in northern India which not only impact the regional air quality but, in other ways, also impact the global climatic processes. The project AAKASH1 entitled “An Interdisciplinary Study toward Clean Air, Public Health and Sustainable Agriculture: The Case of Crop Residue Burning in North India” led by Prof. Sachiko Hayashida (Research Institute of Humanity and Nature (RIHN), Kyoto, Japan) looking after various aspect (including air quality monitoring) to address this air pollution problem in Indo-Gangetic Plain (IGP) from seasonal crop residue burning. The region is divided into 30 grids (60×40 km) and a network of 30 Compact and Useful PM2.5 Instrument with Gas sensors (CUPI-Gs) were deployed in rural areas of Punjab, Haryana, Delhi NCR and western Uttar Pradesh to monitor the air quality. These CUPI-Gs are capable of continue monitoring of air pollutants including PM2.5, NOx, Ox and CO along with temperature, humidity, date, time and location coordinates. These smart sensors i.e. CUPI-Gs are especially developed for the Aakash project by Prof. Matsumi, Dr. Nakayama and his team2. In collaboration with Indian scientists and researchers in various universities/institutes, the CUPI-Gs network was deployed between November 2021-January 2022 with the support by a third-party non-profit organization (NPO) for providing the deployment locations and logistic arrangements.

This article highlights what are the major stages involved in the deployment of this CUPI-Gs network along with the challenges we confronted in maintaining this network for monitoring air quality in Northern India.

The one of main objective of establishing this air quality monitoring network is to understand the impact of crop residue burning on the air quality of New Delhi Megacity3-4 along with measuring the impact of air pollutants emitted from these burning activities in rural areas on public health. Although, there are few ambient air-quality monitoring (AAQM) stations established in north India by central and respective state agencies but almost all sites are in urban locations and more or less no monitoring stations in rural areas. As site selection is an important criterion for establishing a monitoring network so the sites in this CUPI-Gs network are selected in such a way that they will cover and monitor the rural and semi-urban air quality and complement urban AAQM stations to have better spatial and temporal coverage. It will help to better understand the air quality changes along with peaks of biomass burning activities. As discussed earlier, the region is divided into 30 grids (60×40 km) and CUPI-Gs were deployed in rural areas of Punjab, Haryana, Delhi NCR and western Uttar Pradesh (Fig. 1). Apart from it the strength of mobile network for internet which is a prerequisite for data transmission was also checked for various service providers as there is usually a poor internet coverage in the rural area.

The CUPI-G was developed in Japan, and shipping it by international courier to India, the research region, presents a number of problems. First of all, it was necessary to prepare the documents for the security export control as stipulated by the Japanese government. Once those documents were in order, we asked the shipping company to ship them to India. The international courier has involved a tedious process as the couriers have to pass through international customs which involves higher custom duty. Although, the government institutes and universities in India are exempted from this custom duty on goods/ instruments used for research work by providing the custom duty exemption certificate but it takes a long time as there is a large checklist of documents which is required by the courier agency to process the customs clearance. In our case, the couriers were delayed by around 2 months, which failed us to timely deploy our CUPI-Gs network in the biomass burning season of 2021.

During the deployment process of the sensor network, many things related to logistics need to be considered including portability of the sensor, ease of deployment, electricity power supply, the need of local accessories and even interaction with hosts of CUPI-G unit, etc. As AAKASH is an international project having a field area in India, the visits of Japanese scientists in the rural area of north India are intensively involved. They have to travel in remote areas for many days and also have to interact with the local people including farmers/hosts of the CUPI-G to explain what exactly we are doing with this instrument and in the AAKASH project (Fig. 2). Though they themselves are farmers and understand the impact of straw burning on the environment and health but need and ask for low-cost solutions. Apart from this, a stable power supply is required to run these sensors which is not usually available in rural areas in India. During the installation process the electrical switchboards, and power points plugs/sockets usually need to change from international to local (Indian) settings. Sometimes the requirement of a local electrician is needed to fix the electric connection or make a new connection, particularly for CUPI-G. To overcome data loss during the power cuts, we have placed some power banks inside the sensors which help to prevent damage to the small Raspberry pi computing system inside the CUPI-Gs. The incentive to farmers for electricity, internet and other installation processes was compensated through the recruited NPO for long-term facilitation of measurements.

4. Calibration of sensors and data reliability

The optical and microphysical properties of particulate matter are usually affected by source and climatological conditions etc. and show large inter-seasonal variations. The CUPI-Gs are well tested, validated and calibrated in laboratory conditions and also in Japan’s meteorological conditions. Apart from it, older version i.e. PM only sensors (CUPI) are tested in various seasons in India. The factor is generated to standardize the CUPI-Gs in Indian conditions based on different seasonal measurements in India. As endorsement of low-cost sensors by regulatory agencies is still in the initial phase and authorities usually question the reliability of sensors in India5. So, we have also colocated a CUPI-G near (5 meters) AAQM station in Chandigarh, India for validation of CUPI-Gs data which has Beta attenuation monitor (BAM) as reference monitor and other gaseous analyzers.

The CUPI-G unit consists of many small sensors and a motherboard which sometimes went through hardware failure, memory failure and other technical faults etc. due to fluctuations in power supply in rural areas. Also, the sensitivity of these sensor starts degrading after a certain time period (1-2 year) and need to be replaced or need calibration. As it is difficult to visit frequently in remote monitoring sites the training and capacity building of local researchers need to be built for maintenance and replacement work. Also, sometimes it is very difficult to contact and visit farmers’ houses again and again as they have their own schedules and are not much welcoming and enthusiastic as they were at the time of installation. In this case, the young students in rural areas need to be involved who have an interest in science and are keen to involve in these types of activities as a part of citizen science.

For the long-term sustainability of the monitoring network long-term relationship with local collaborators, institutions and scientists is needed. This can be evolved by having joint research programs, workshops, seminars and memorandum of understanding (MoUs) between the research institutions until the research problem gets addressed. Also, there is a need to appreciate and motivate the local hosts/farmers and citizen scientists by some mechanism so that keenly take part in research activities.

In addition, because some monitoring sites have experienced periodic problems with data communication and its functionality, the CUPI-Gs data processing hardware may need to be improved in the future to allow remote troubleshooting of CUPI-Gs and near real-time visualization of the data. It is important to devise such a system while maintaining the concept of a lightweight, compact, and maintenance-free system. The small sensors inside the CUPI-G units need to be changed with new sensors in future. More localized collaborates will be linked with the project which looks after the monitoring by themselves and their training and capacity building will be done. 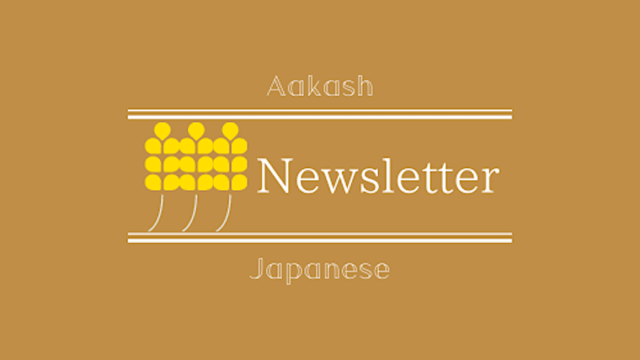